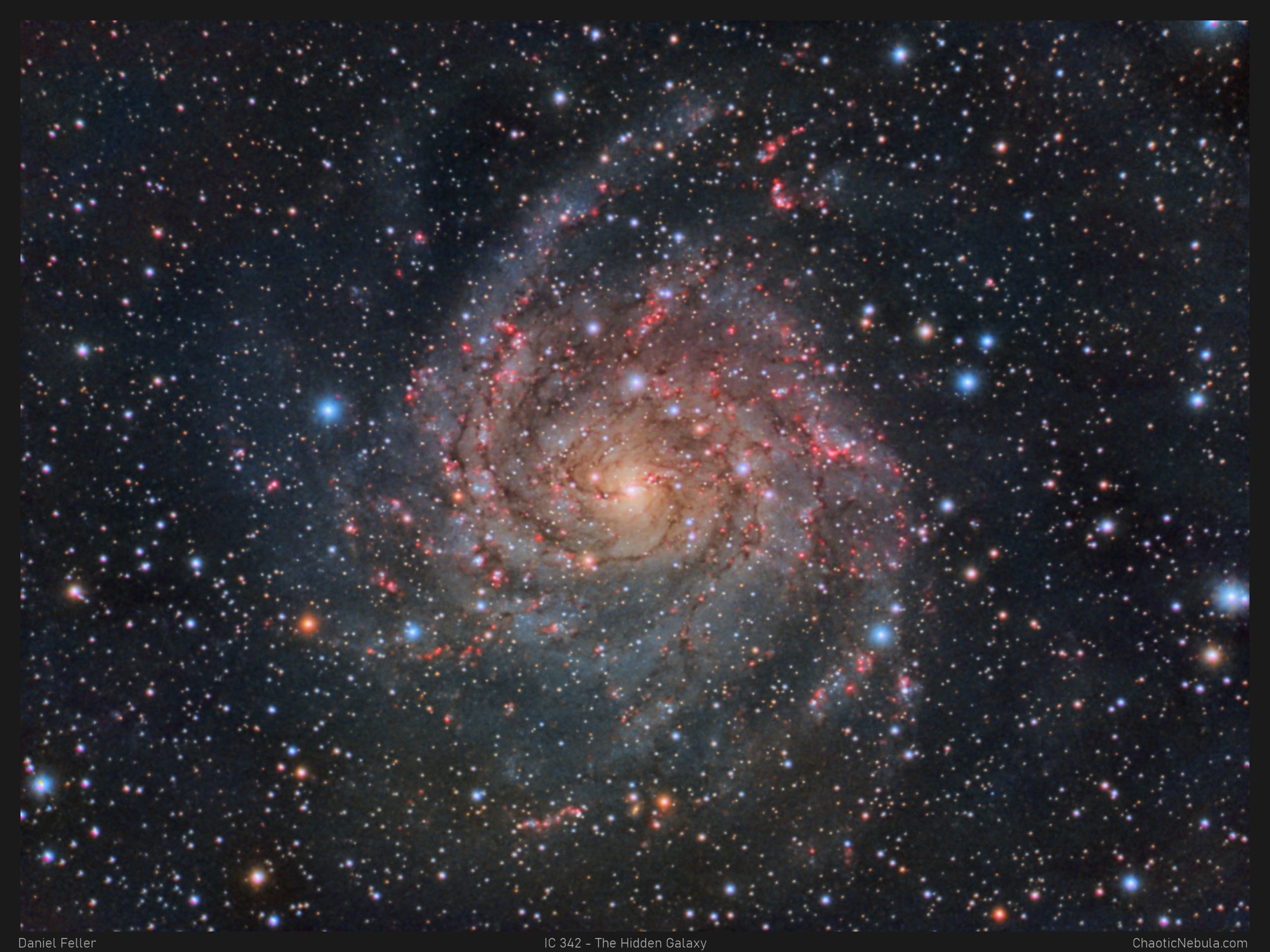 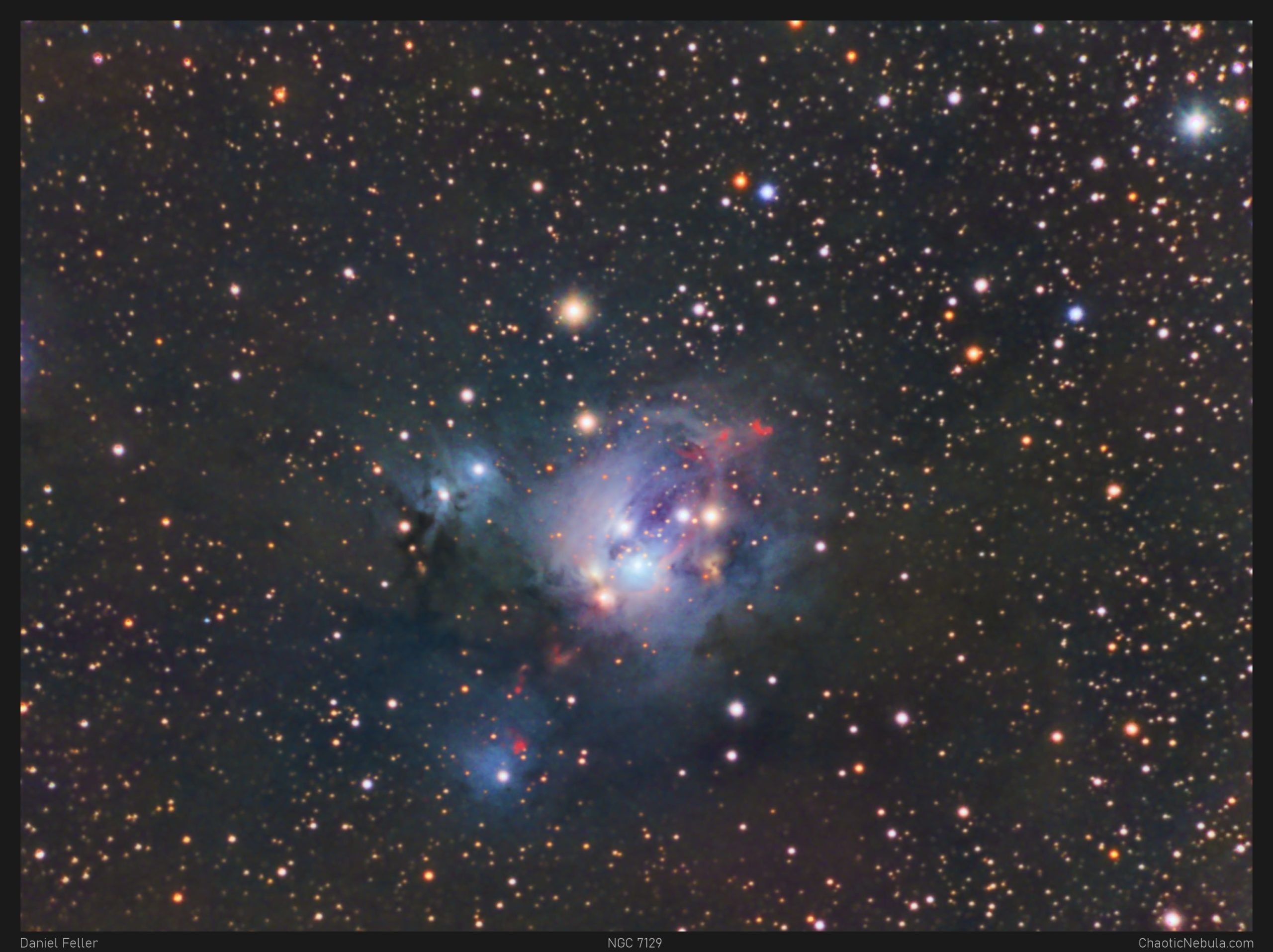 NGC 7129 is a reflection nebula located in the constellation Cepheus. Located 3,300 light years away, NGC 7129 is a young open cluster of newborn stars. Many of the stars within the cluster are less than 1 million years old, which is very young when you consider many of these stars will live to be many billions of years old. The gaseous features are the left over ingredients for star formation.

The Pacman Nebula is something I’ve been wanting to image for quite some time. Mostly because it looks like what it is called… Pacman. NGC 281 is a very bright emission nebula in Cassiopeia only 9,200 light years away. Emission nebulas emit light due to ionized gases within the cloud.

To date, this is the longest image I’ve ever captured, coming in at 30 hours of imaging time! And more amazingly, I’ve had 9 nights of clear skies over the course of about 3 weeks. It usually would take 1-2 months to get this amount of imaging time. 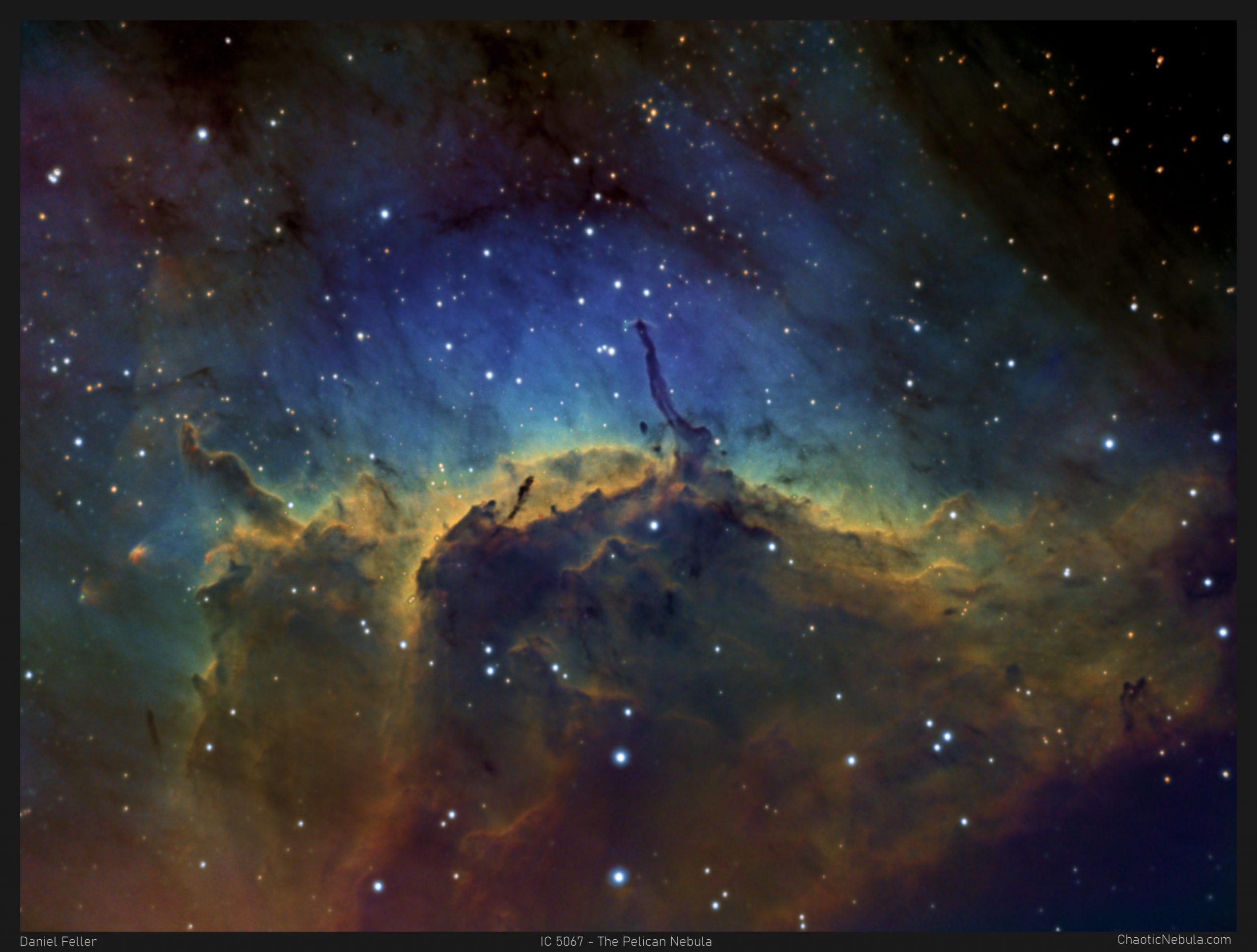 The Pelican Nebula is an active star forming region, which helps to ionize the gasses, allowing for easier imaging through narrowband filters.

The Pelican Nebula is 1,800 light years away. This nebula is quite large. The image below is a single panel. In order to capture the entire nebula, I would need to create a mosaic 3 panels wide by 4 panels tall (12 panels total). 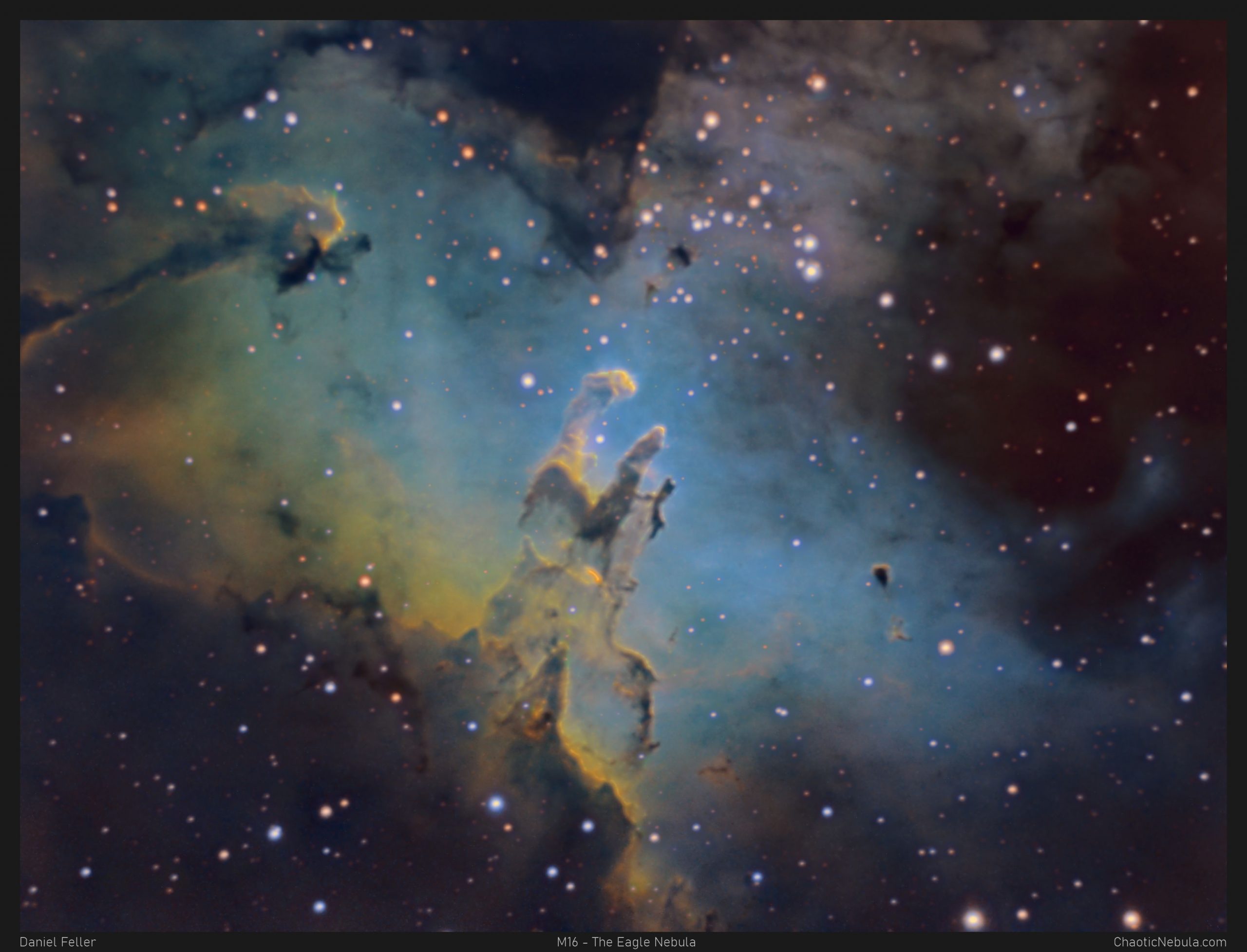 The Eagle Nebula is a cluster of stars newly formed or in the process of forming. On April 1, 1995, the Hubble Space Telescope captured an image of the central region of the nebula, which is now famously referred to as the Pillars of Creation. You can see these pillars within the middle of my image. You can al see another feature within this image, the Stellar Spire, which is located to the top-left of the Pillars. Just like the pillars, the Spire is a birthplace of stars.

Located in the constellation Serpens, The Eagle Nebula is 5,700 light years away. Officially, the Eagle Nebula is considered an open cluster. However, a much larger region, identified as IC 4703, is an emission nebula, which contains a strong hydrogen-alpha signal.

END_OF_DOCUMENT_TOKEN_TO_BE_REPLACED
Continue ReadingM16 – The Eagle Nebula with the Pillars of Creation 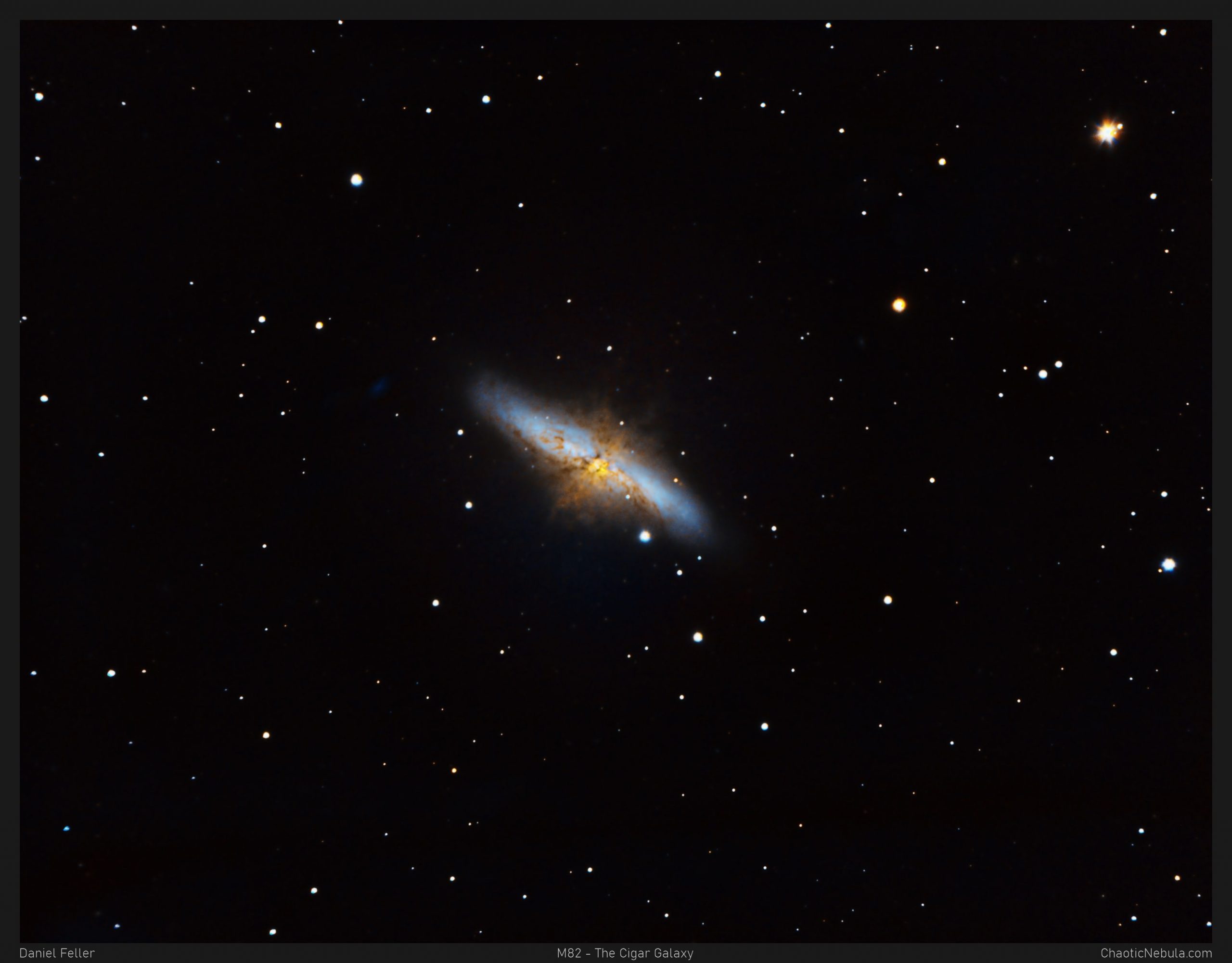 In the constellation Ursa Major, you can find M82, The Cigar Galaxy. M82 is part of a group of galaxies, called the M81 group. M82 and M81 (Bode’s Galaxy) are the brightest members of the group. M82 and the associated group are fairly close, only 12 million light years away, making it a fairly easy galaxy to image due because it is so bright. 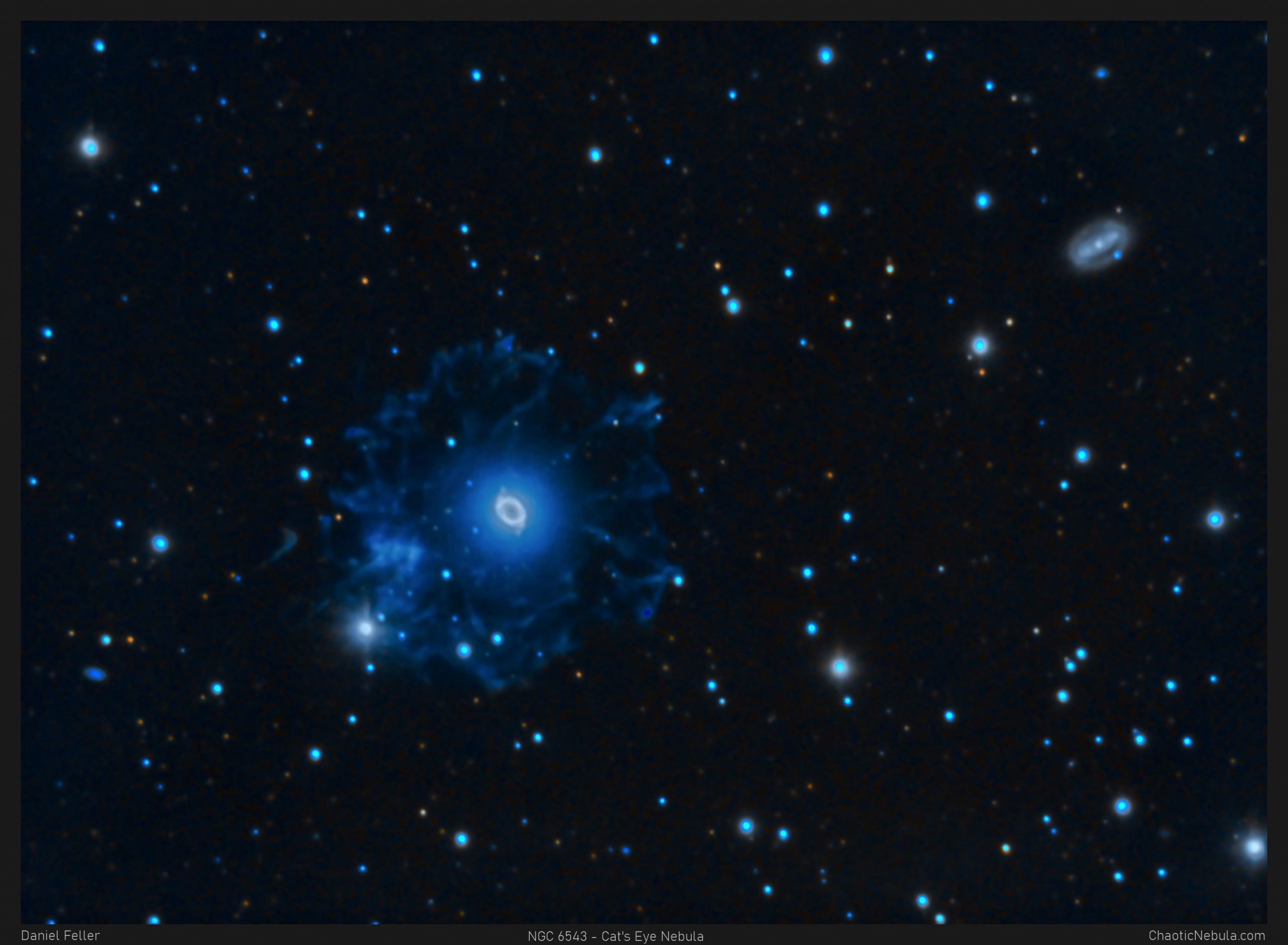 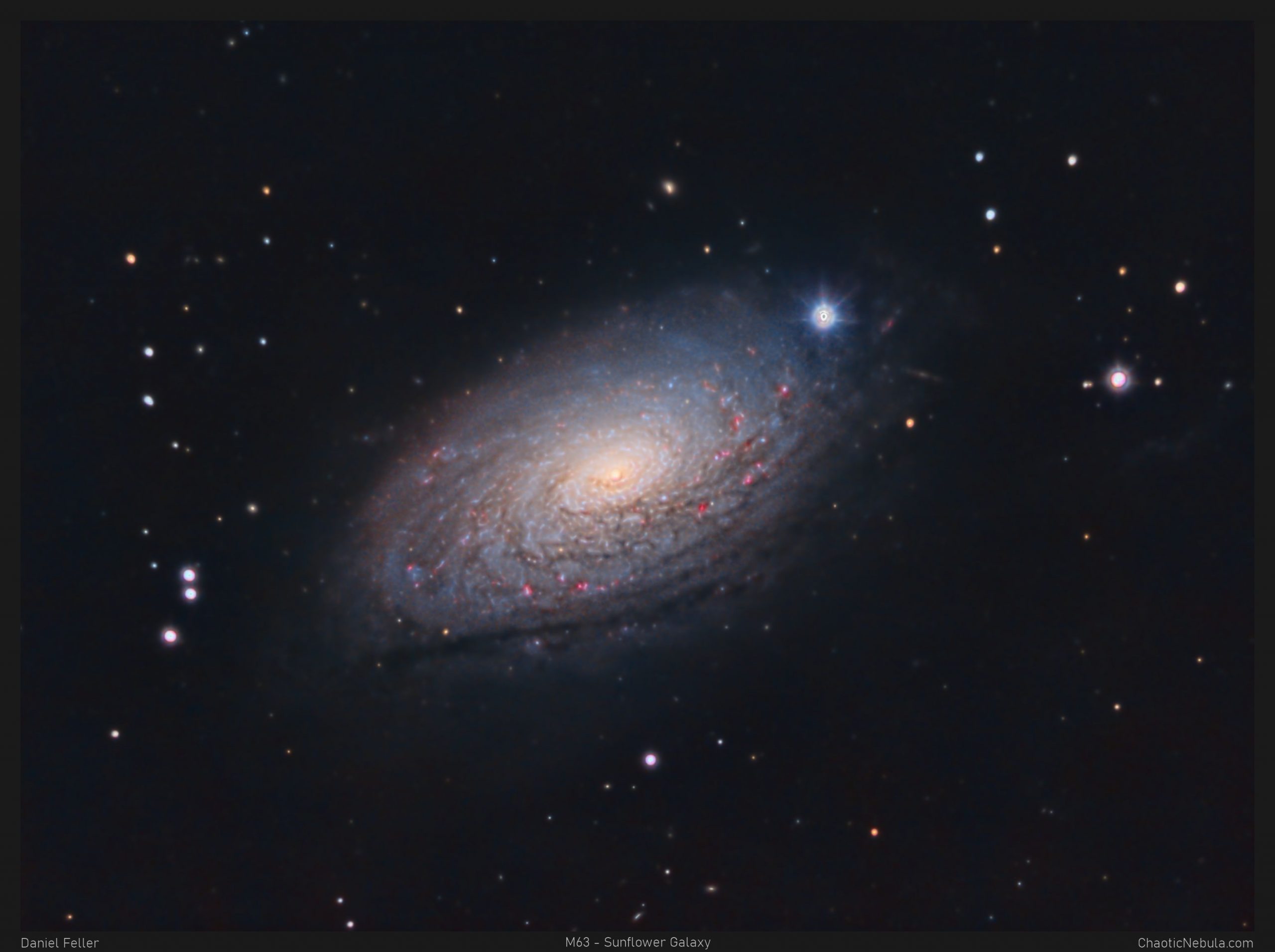 The M95 galaxy, the Sunflower Galaxy (also known as NGC 5055), is located in the constellation Canes Venatici. It is a spiral galaxy 29 million light years away. The galaxy is active (weakly), which means it is producing stars in the red regions. Those regions are hydrogen emissions (hydrogen-alpha). 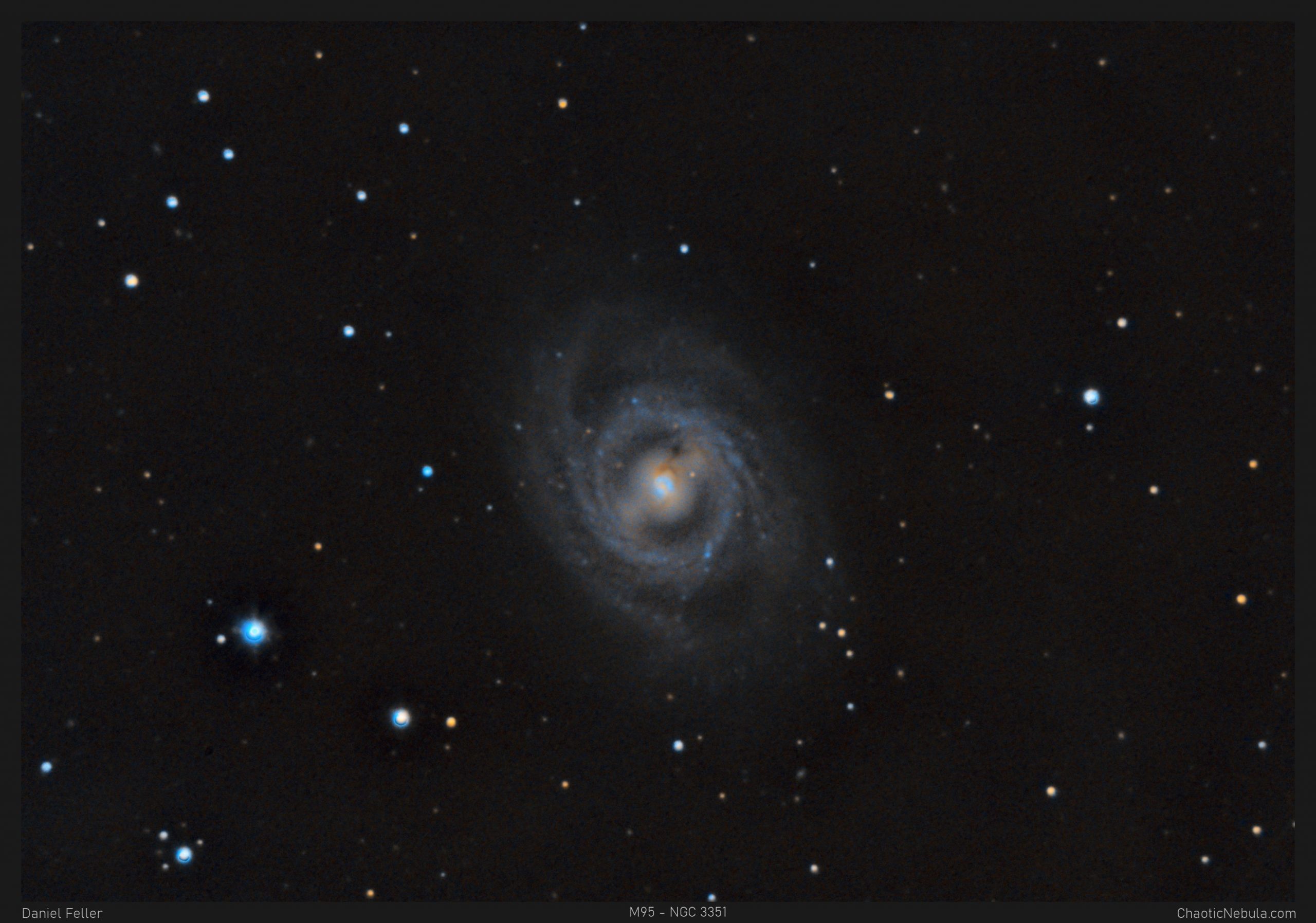 The M95 galaxy (also known as NGC 3351), located in the constellation Leo, is a barred spiral galaxy 32 million light. 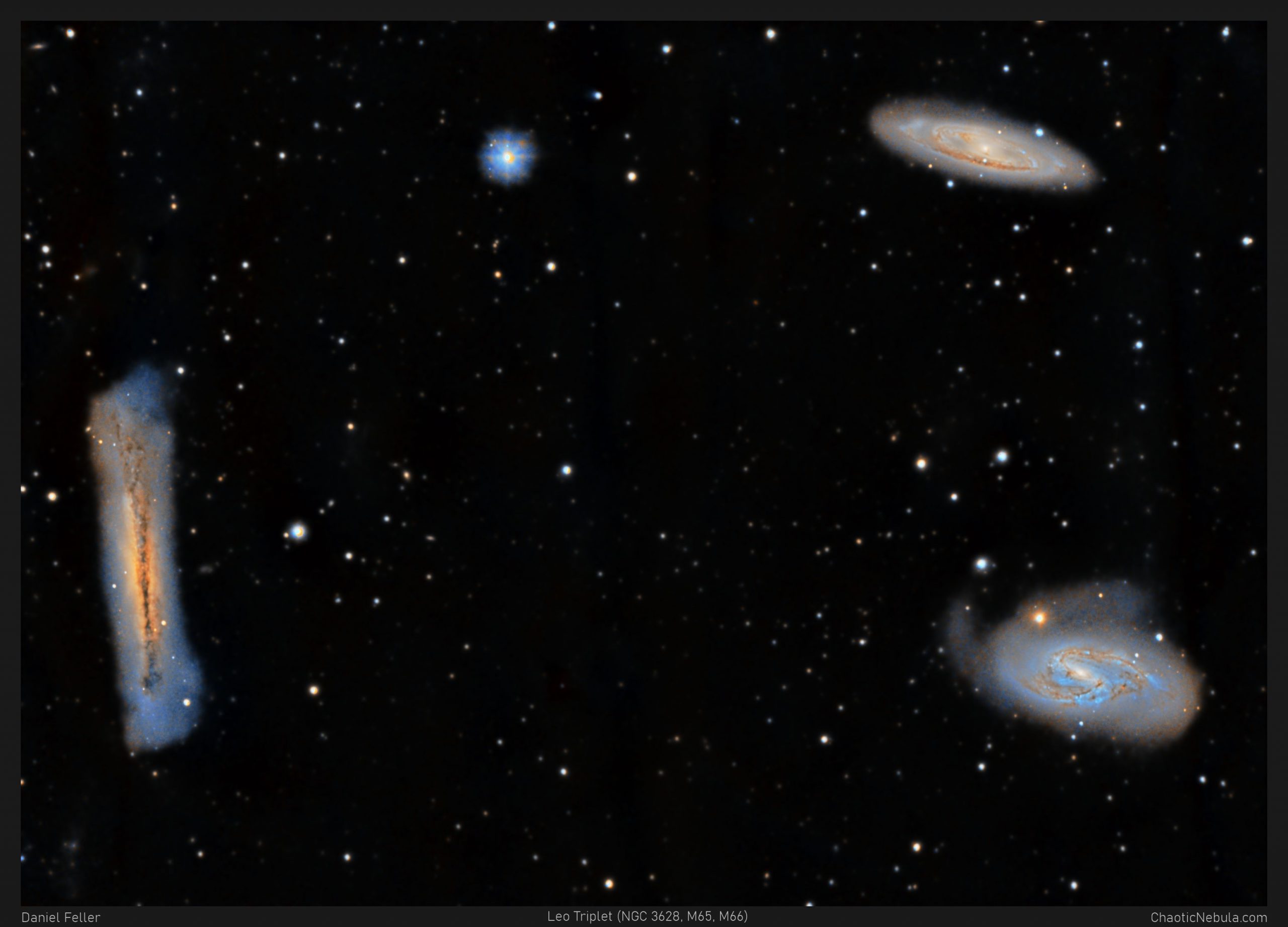 The Leo Triplet (M65, M66 and NGC 3628) is a group of galaxies roughly 35 million light years away. The galaxy NGC 3628 is sometimes referred to as the Hamburger Galaxy.