The galaxy NGC 5033 is somewhere between 40-60 million light years away. From initial observations, it looks pretty bland when compared to the amazing galaxies of M51 – The Whirlpool Galaxy or M63 – The Sunflower Galaxy. When we take a closer look, a few things become visible.

First, in the core of NGC 5033 is a very visible emission band (dark patch). This is most likely caused by extremely hot gas around the galaxy’s supermassive black hole. 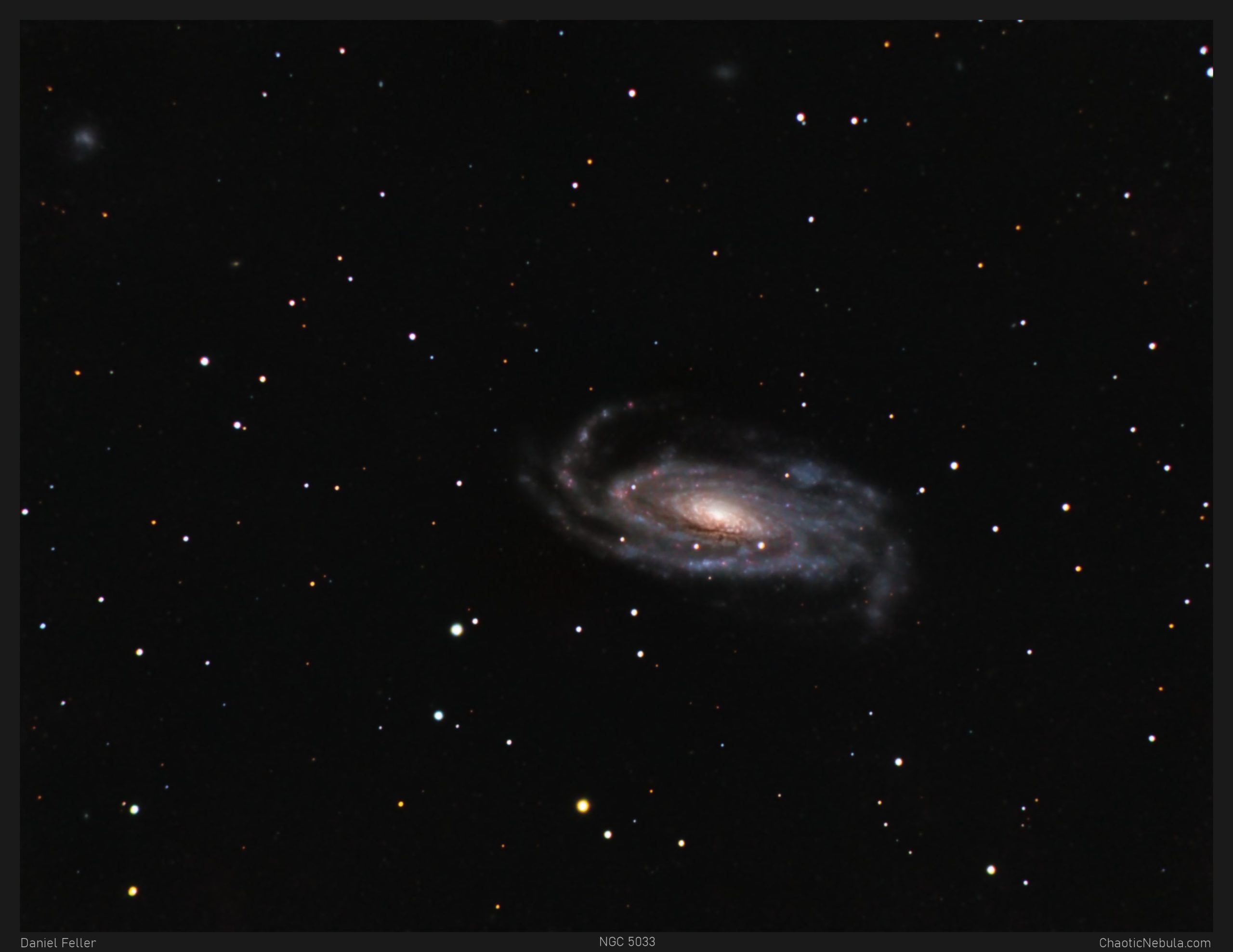 The galaxy NGC 2403 (Caldwell 7), doesn’t have a special name. It isn’t flashy like M51 – The Whirlpool Galaxy or M63 – The Sunflower Galaxy, but it is fairly close to our Milky Way Galaxy. It lies 8 million light years away. Many of the redder areas of the galaxy are active star forming regions, which show up with a hydrogen-alpha filter.

NGC 2403 is a member of the M81 Local Group of galaxies, which includes the galaxies M81 and M82 in Ursa Major.

END_OF_DOCUMENT_TOKEN_TO_BE_REPLACED
Comments Off on NGC 2403 – A Galaxy in Camelopardalis 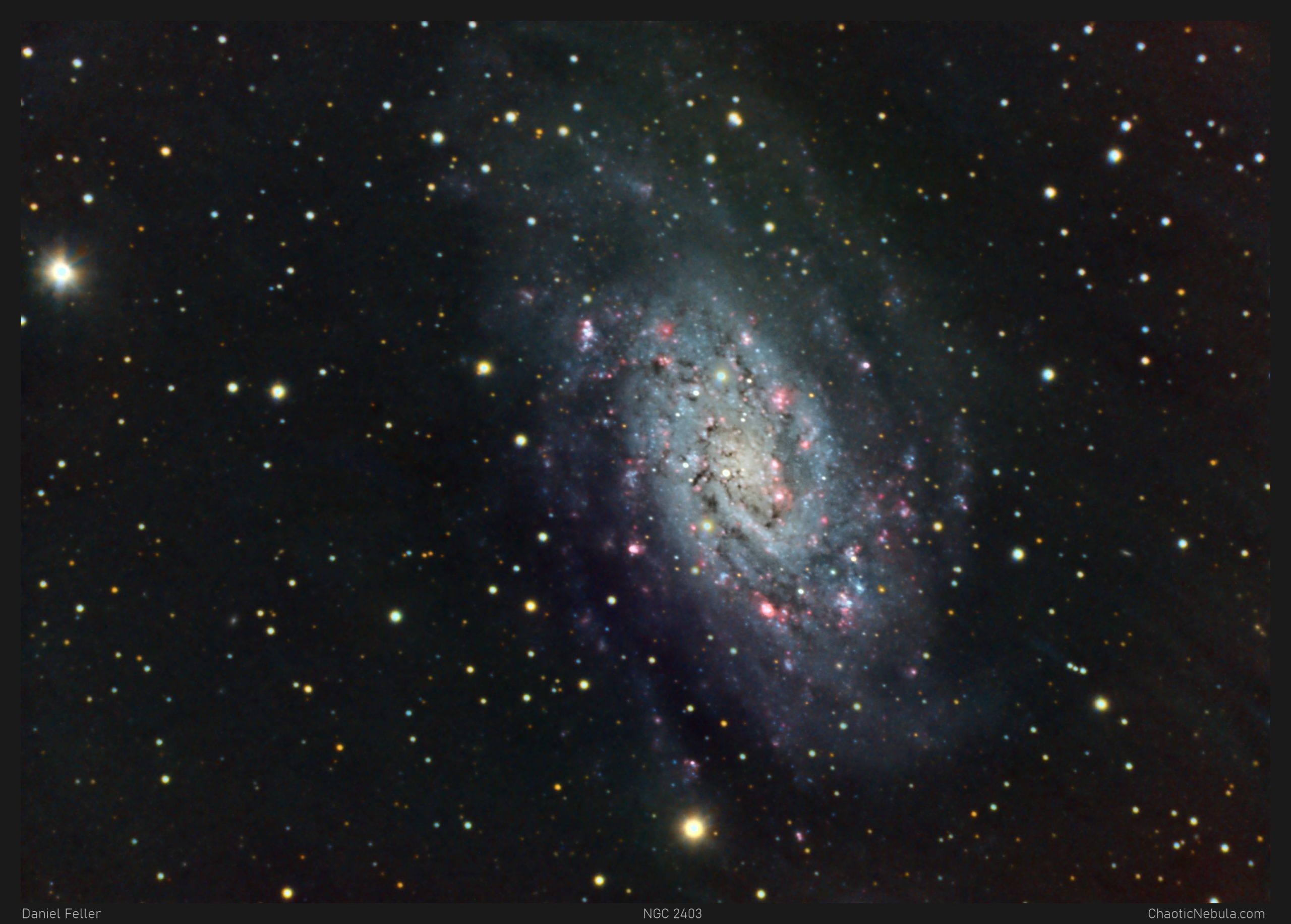 Astrophotography gets frustrating when you have hours and hours of data and you reach the end of your imaging processing workflow to find the result is lackluster. For example, the… 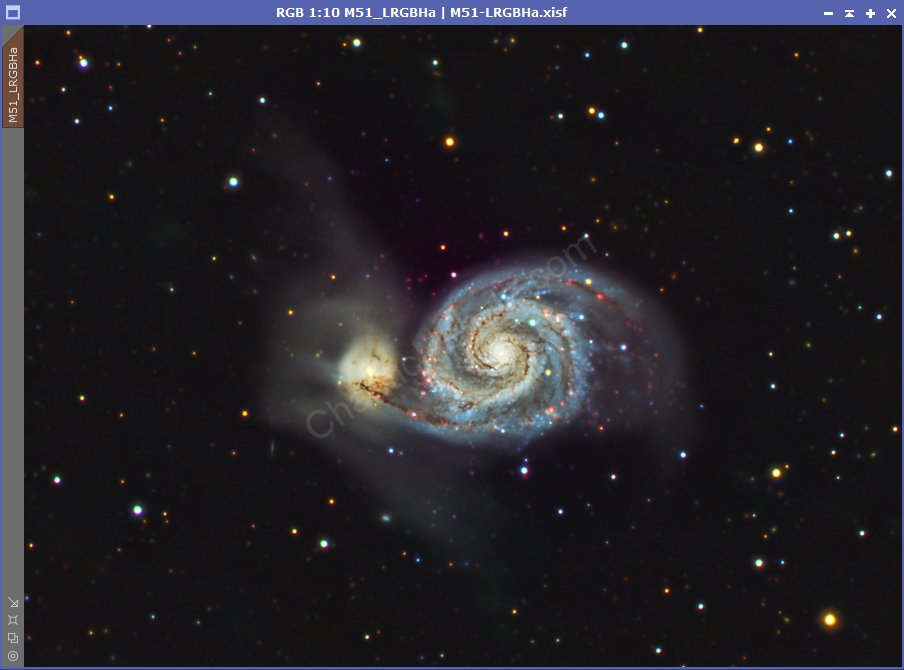 M51 (NGC 5194) is a spiral galaxy in the constellation Canes Venatici (Hunting Dogs). In the image, one can see M51 interacting with the dwarf galaxy NGC 5195. The galaxy is fairly close (31 million light years away), which helps make the galaxy appear larger and brighter. Because of this, M51 is a very popular target for astrophotographers.

M51 is in a group of galaxies bound together by gravity. The group called The M51 Group (because M51 is the biggest/brightest of the group) also includes the galaxy M63 – The Sunflower Galaxy. 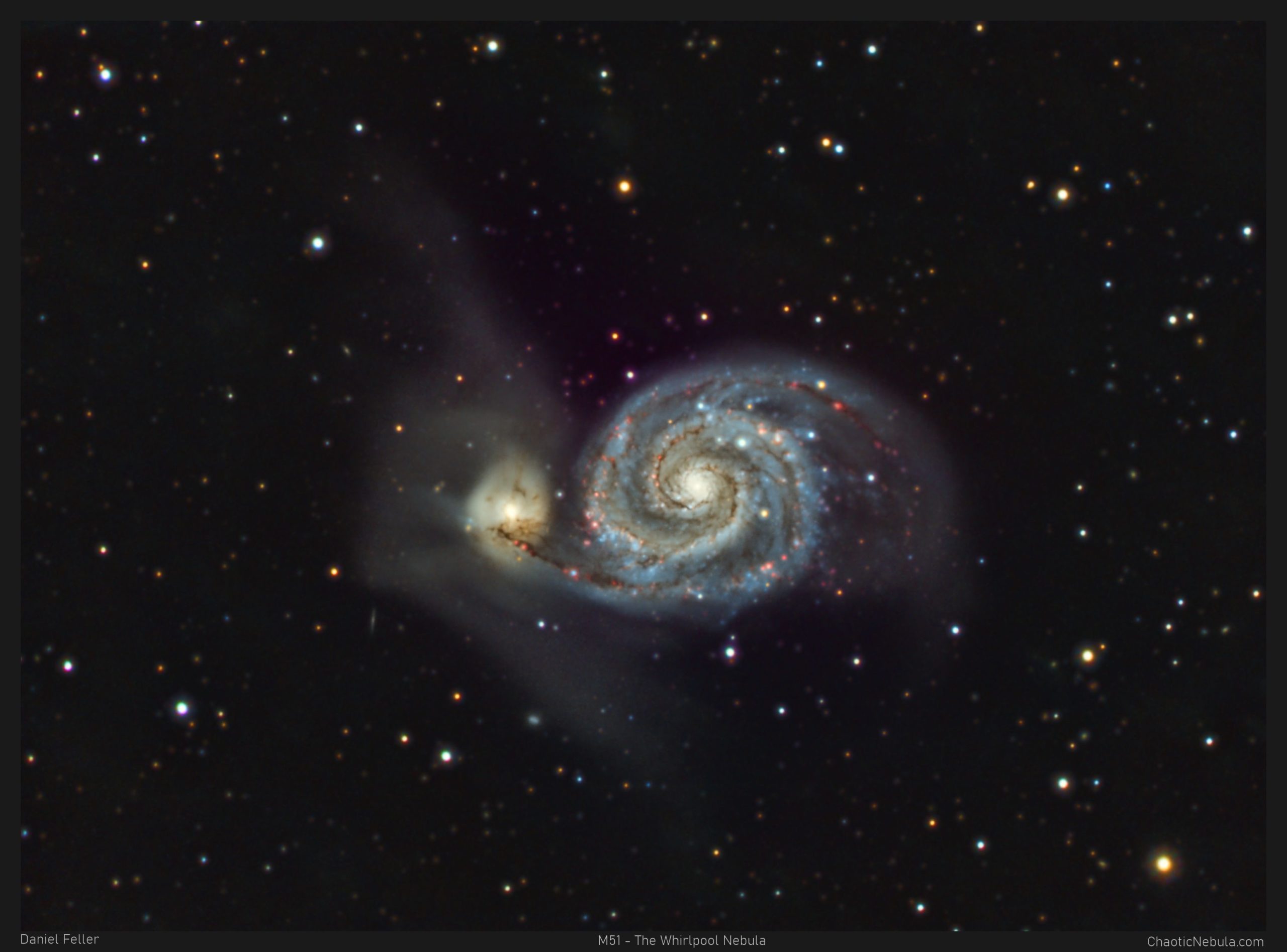